I’m especially proud of the wide-angle images we’ve captured of our home galaxy, the Milky Way, beginning in August 2013.  Compare them to the best wide-angle Milky Way images on the internet and see what you think.  The equipment we use is a Canon EOS 6D DLSR camera that’s been modified by Brent Oliver of HyperCams and Mods to give it greater sensitivity to Hydrogen Alpha (Ha) wavelengths, a Canon EF 15mm f/2.8L fisheye lens, f-stop and shutter speed settings of f/3.5 and 6400 ISO, an iOptron SkyTracker, and a Manifrotto 055XPROB camera tripod.  The key to success with this setup is finding truly pristine dark skies. 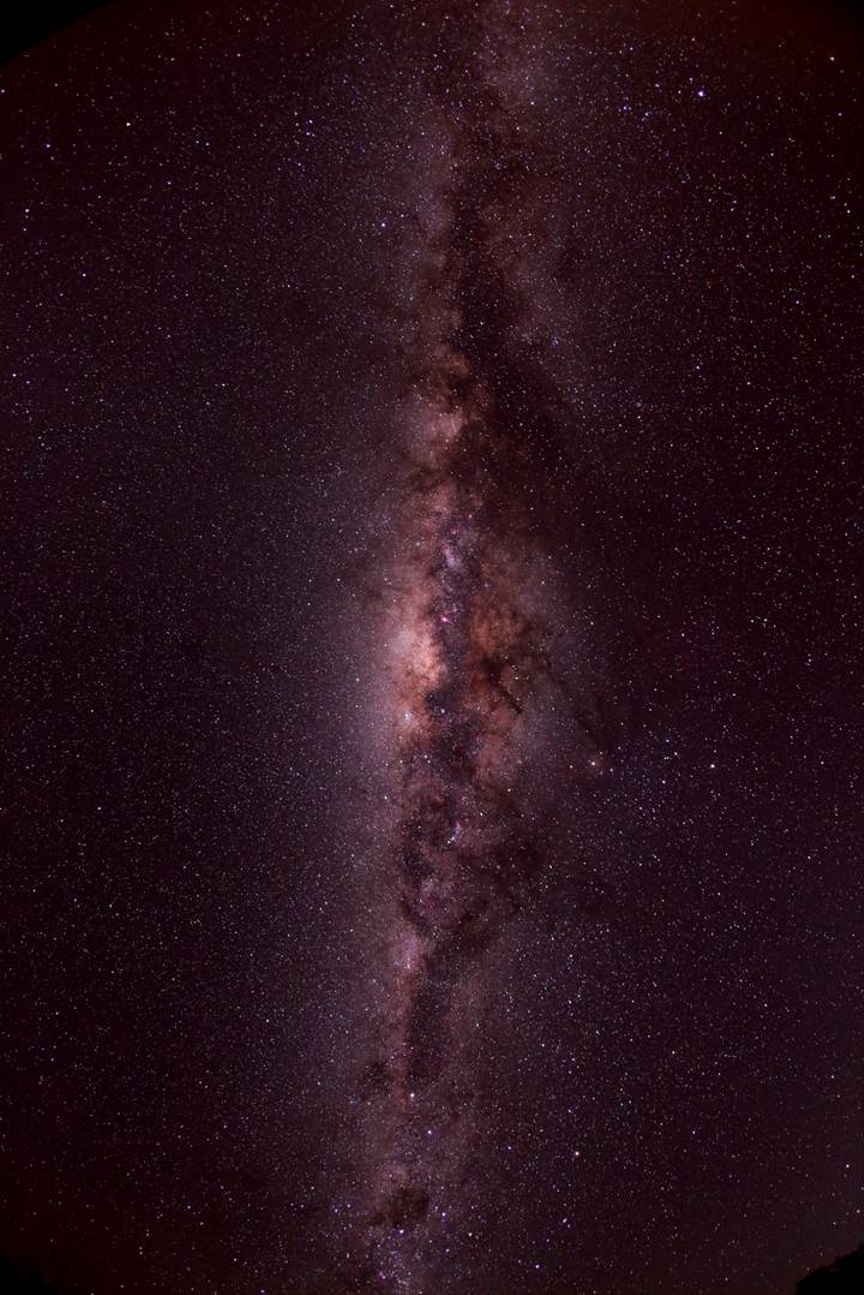 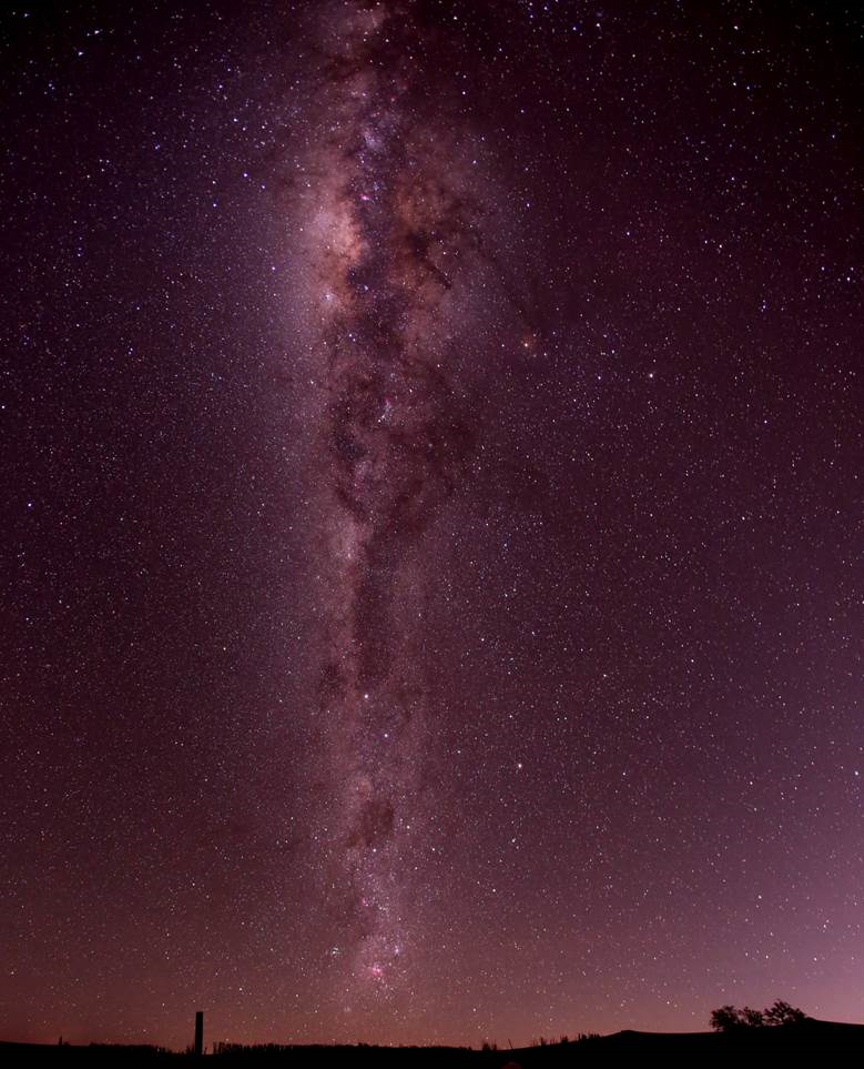 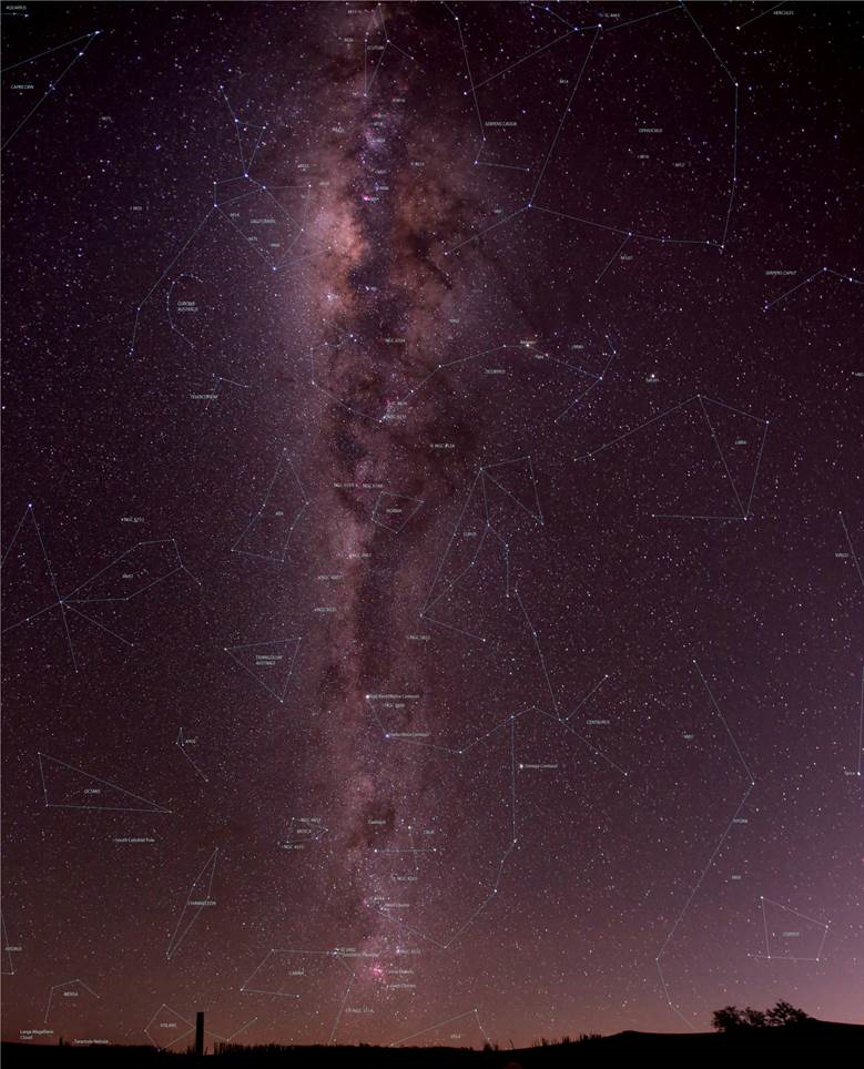 Same photo as above, with constellation lines and labels drawn in with Adobe Photoshop. 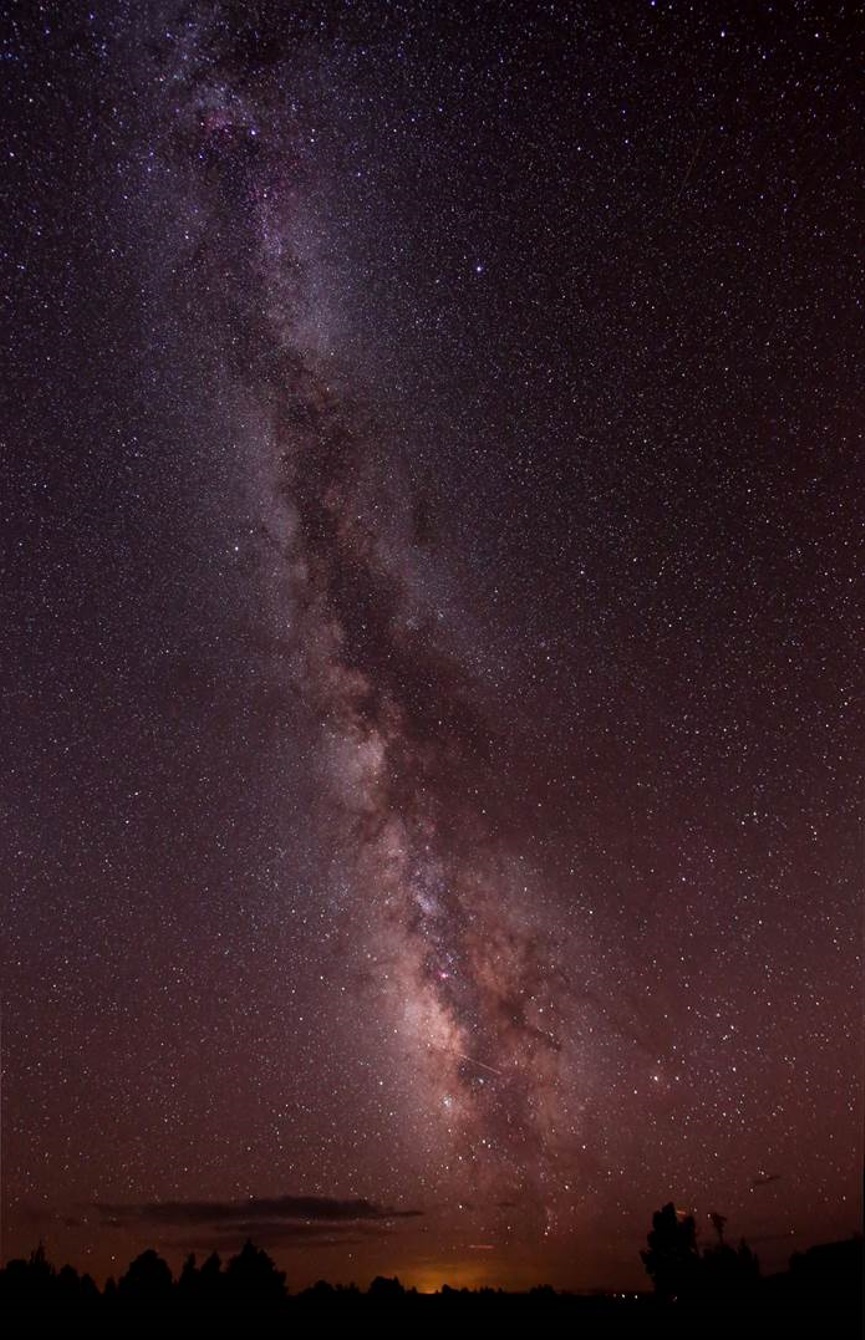 The northern Milky Way from Natural Bridges National Monument in Utah, August 2013.  The park ranger we met there one night, Gordon Gower, told us he thinks the six points of light that are visible on the horizon in this photo are from mines on the canyon wall to the southwest.  My dad thinks the yellowish glow on the southwest horizon is from the small town of Kayenta about 65 miles away. 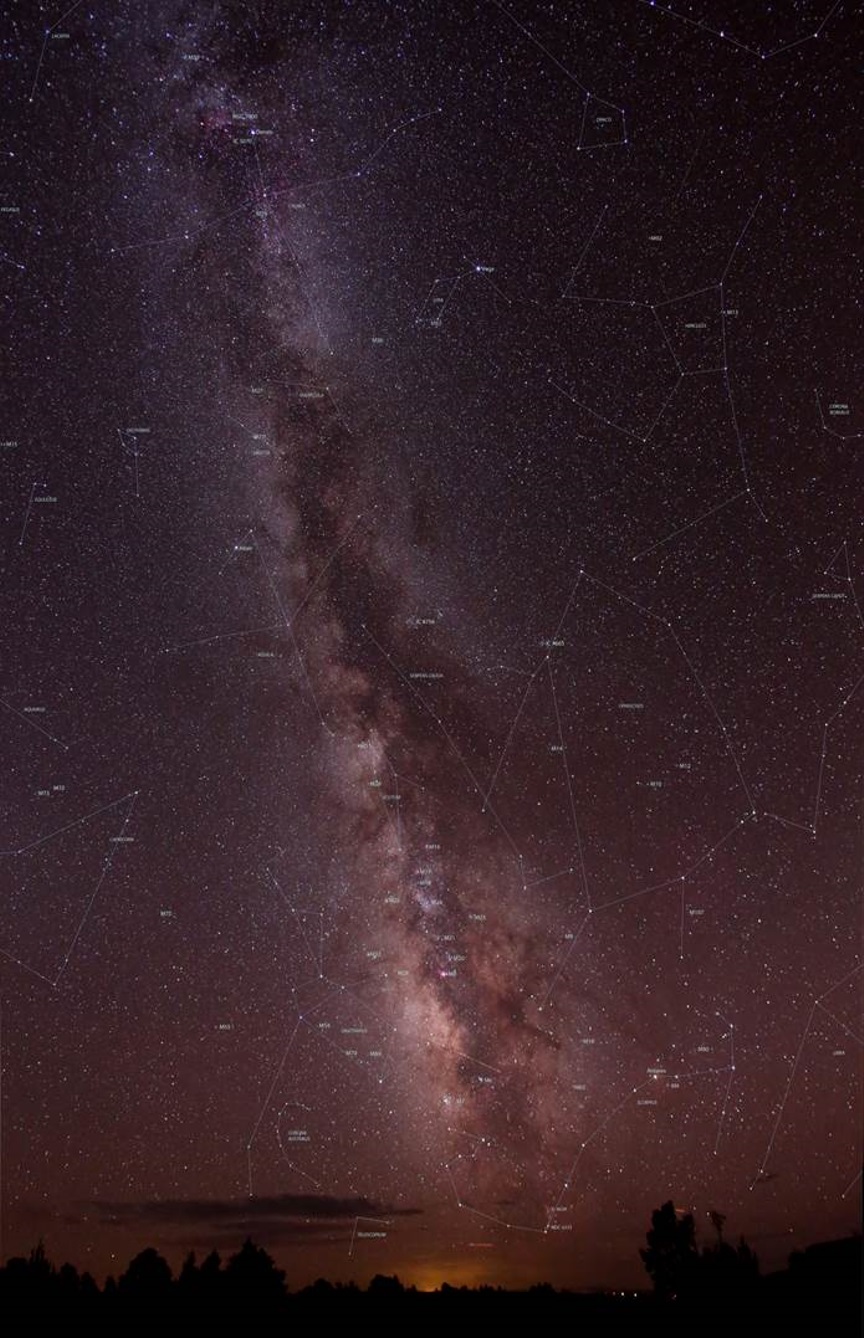