My Photos of the Planets and Moon

We began taking photos of the planets from our new observatory in July 2015.  All the photos on this page were taken with a TEC 200 f/8 fluorite apochromatic refractor, a ZWO ASI120MM monochrome CMOS camera, and an Atik EFW2 color filter wheel with Astronomik 1.25” LRGB filters. Unless otherwise noted in the photo captions, all of these photos were taken using a Baader Planetarium Fluorite Flatfield Converter to boost the effective focal ratio of our setup to approximately f/18.  Beginning in May 2016, I began using a high quality Baader/Zeiss 2x barlow lens to boost the effective focal ratio of the imaging train to approximately f/16. The ZWO camera allows hundreds of very short exposures to be taken in batches over the course of less than a minute through a red filter, a green filter, a blue filter, and a “luminance” filter.  I then use a software program called Autostakkert2 to stack and align the images and discard the blurry ones.  Finally, I use the software programs Adobe Photoshop and Maxim DM to combine the stacks of monochrome images into a single color image, and to do final image processing to bring out fine details.  This method allows us to capture images of the planets and Moon during brief moments of excellent atmospheric seeing.  My planetary images continue to improve as I gain additional experience, but there is still much to learn. I created the video of Jupiter’s Great Red Spot transiting the face of the planet that appears above by uploading a series of 10 TIFF images, each taken approximately 15 minutes apart, into Windows Live Movie Maker and generating a .wmv movie file from them. The image quality degrades as Jupiter sinks lower toward the western horizon. 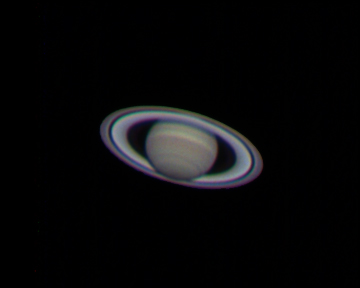 Saturn taken May 22, 2016, using a 2x Baader/Zeiss barlow lens for an effective focal ratio around f/16. 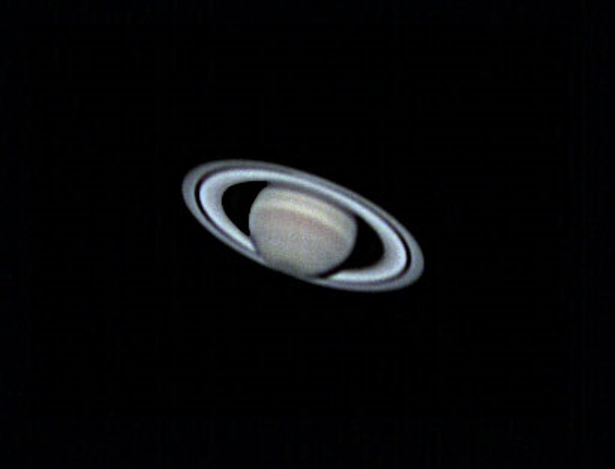 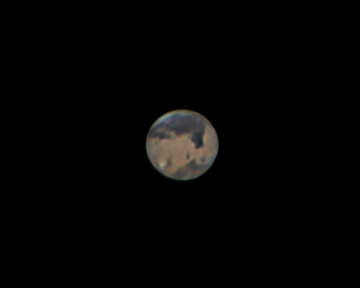 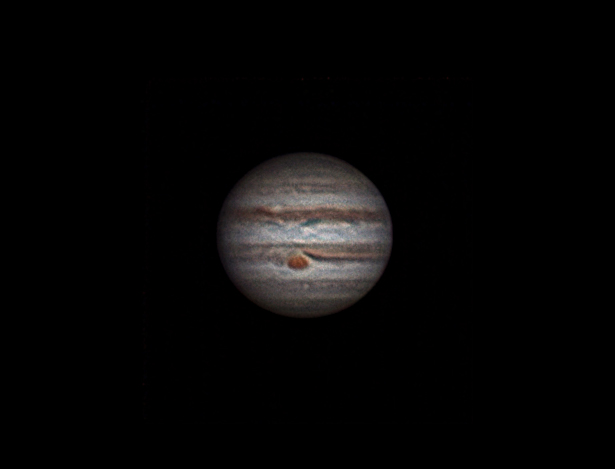 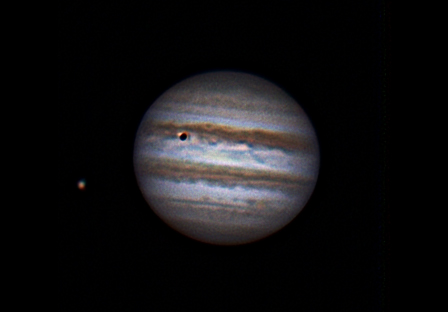 Jupiter and its moons Ganymede and Io taken on March 6, 2016. Io is the bright spot passing in front of Jupiter, and its dark shadow appears behind it on Jupiter’s cloudtops. 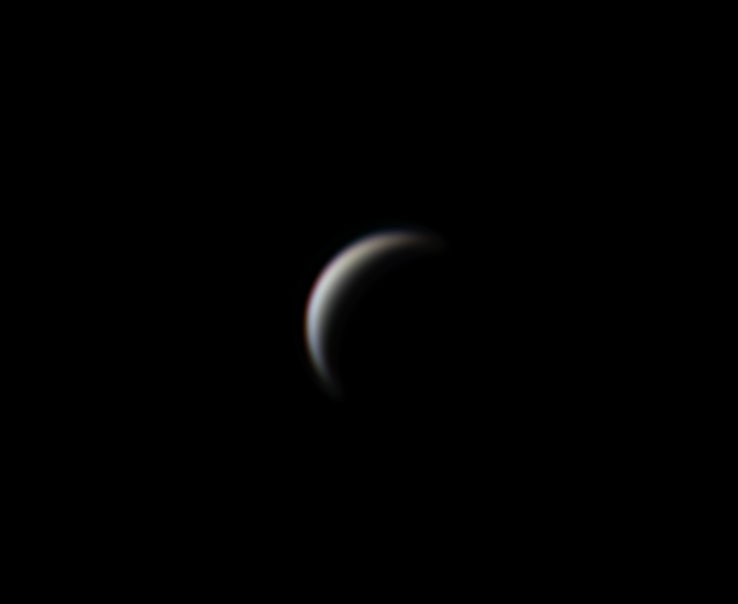 Crescent Venus taken July 18, 2015.  Because Venus and Mercury are closer to the Sun than the Earth is, they have phases when viewed from Earth just as our Moon does. 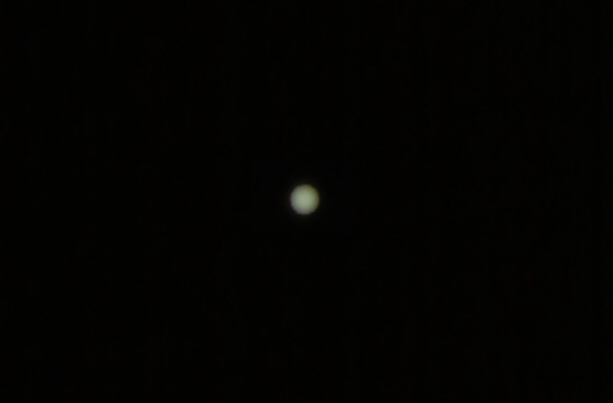 Uranus taken July 18, 2015.  A few highly skilled amateurs have managed to capture faint details from the upper atmosphere of this distant gas giant. 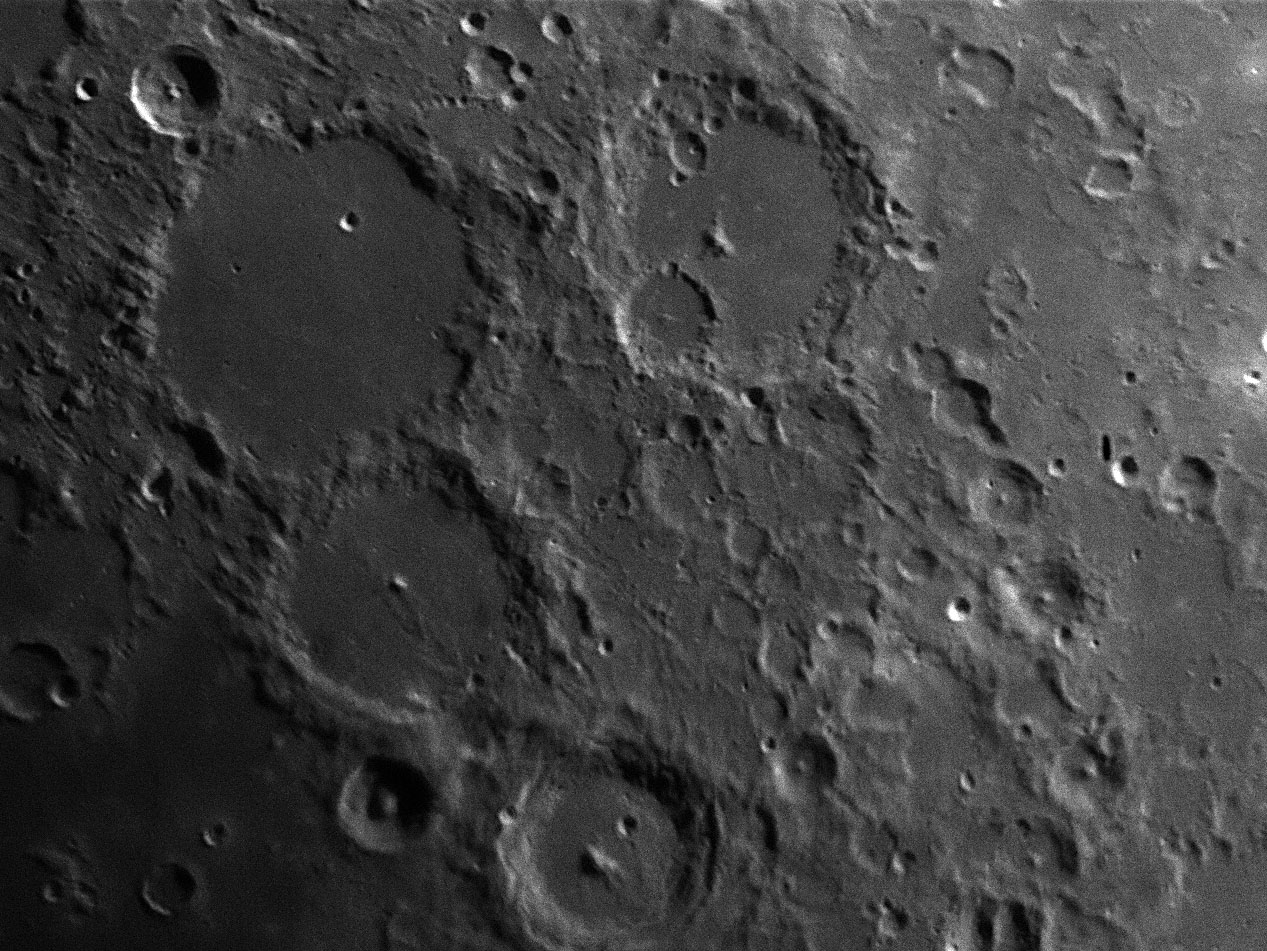 The Moon in the vicinity of the crater Ptolemaeus, taken September 21, 2015.